Dumb question, right? The world always needs a few more good men. But I think looking for “good men” is the wrong pursuit. Here’s why…

1. Nobody agrees on what good is.

What exactly is a good man? A nice man? A man who is faithful to his people? A man who is good at stuff? A dude with good bowstaff skills? Some guys are really nice and likable, but not necessarily healthy at the soul level. Others are quiet and keep to themselves, but as faithful as can be to the people they love.

It isn’t perfection. Moral perfection is impossible in a broken world full of sinners. Except for Jesus, but he was God and man.

And good isn’t just being good at stuff. There are plenty of morally fallen star athletes around to remind us that physical strength and talent is never enough to qualify one as truly “good.”

Good is elusive. It’s relative, at least as humans know and define goodness. It’s all comparative. We compare people to other people and put them on some imaginary scale of goodness-to-badness and give everyone a score. You good? Depends on how your scale measures.

We also have to figure out what bad is. If good and bad are opposites, then we need to nail down the nature of badness to highlight the possibility of goodness. But again, it seems so relative.

You can be bad at stuff, like hunting or badminton or roller-blading. Or you can be bad in the sense of being not-so-nice to other people.

“There’s nobody living right, not even one, nobody who knows the score, nobody alert for God. They’ve all taken the wrong turn; they’ve all wandered down blind alleys. No one’s living right; I can’t find a single one. Their throats are gaping graves, their tongues slick as mud slides. Every word they speak is tinged with poison. They open their mouths and pollute the air. They race for the honor of sinner-of-the-year, litter the land with heartbreak and ruin, don’t know the first thing about living with others. They never give God the time of day.”

Or at least boldness comes more naturally. It’s part of how we’re wired. Men are generally more forceful about things. We are naturally bold.

If you’re questioning whether men are generally bold or not, I understand. We live in a world that has done a pretty good job of shutting down the boldness of most men.

We’ve decided that all wildness and all forcefulness is bad. That manliness and natural masculinity no longer fit into our cultural value system.

We’ve told men to be nice guys. We’ve decided that the nice guys are the good guys and the bold guys are the bad guys. But what if we’ve got it wrong? What if boldness isn’t bad, after all?

I’m a firm believer that boldness is wired into the very nature of men. I’m speaking in generalities, of course, but generally, men are generally more forceful and aggressive than women. Physically, our frames are a little larger on average and more bulky.

According to Wilson, the friendly neighbor of Tim the Tool-man Taylor on Home Improvement, men have more iron deposits in their nasal cavities and therefore had a better sense of direction. This, according to Wilson, was the reason why men don’t want to ask for directions.

And guess what? Men are wired for boldness because it’s so incredibly useful for the world around us! And that’s where this website comes in.

Think of Bold for Good as a bit of a running project. Or maybe a movement. An online spot for men who wish to rise to the challenge of – not being good, but – being bold, and being bold for good.

Does the world need more good men? Maybe. But this we know… The world definitely needs more men who will be bold on behalf of good.

What do you think? Be bold. Tell me in the comments below. 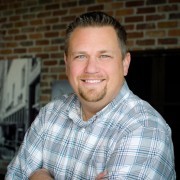